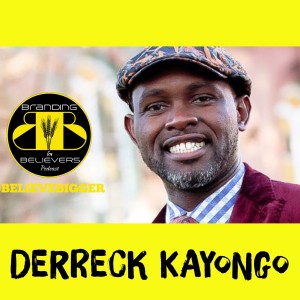 In life, there will be many moments that don’t make the highlight reel…moments that we’d like to forget. But for Derreck Kayongo, those are the moments that served as confirmation that he was meant to change the world. After fleeing civil war in Uganda, Derreck took a simple idea and transformed it into a global, health initiative. Listen as he shares the power of persevering in the face of failure.

In this podcast, Dr. Shante interviews Derreck Kayongo, founder of the Global Soap Project, where recycled bars of hotel soap are reformulated and distributed around the world to countries with limited access to basic health care.

Be sure to add your comments and feedback  via Twitter @DrShanteSays